As one of the continuous efforts in human resources capacity and capability building in the protection and management of the environment and preservation of natural resources, the Metro City Government has signed a Memorandum of Understanding (MoU) with the University of Kitakyushu, Japan on May 15, 2014.

Given this precious opportunity, the departure of Metro City Government delegation led by the Mayor of Metro, Lukman Hakim, SH, MM was not only to sign the MoU alone, but also to hold meetings and discussions with several important institutions related to the environment in the city of Kitakyushu. 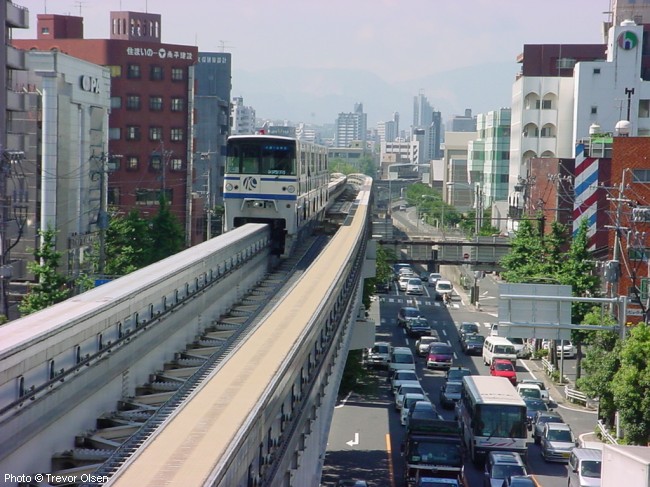 Figure 1. The city of Kitakyushu in the Fukuoka prefecture

Nowadays, the City of Kitakyushu becomes a pilot city for cities around the world, that want to be more environmentally-friendly. There have been many cities from Asian countries, particularly Indonesia, which were learning from the success of Kitakyushu City, such as Surabaya, Palembang, Medan and Balikpapan.

The following is an official visiting report made ​​by the State Government delegation led by the Mayor of Metro City to Kitakyushu, Japan on 12-19 May 2014.

Visited several places in the area around Fukuoka. Some important things that can be used as learning materials and input in the development of the future Metro city, are:

Visiting and touring the campus of the University of Kitakyushu, located in two different places, namely: the main campus in Kitagata, Kokura Minami (consisting of the non-exact faculties) and in Hibikino, Wakamatsu (faculty of environmental engineering and graduate school of environmental engineering). The university is one of the public university in Fukuoka Prefecture, which was founded in 1946 and successfully grown rapidly to amongst the top over the 730 universities in Japan according to the 2008 University Regional Contribution Ranking. 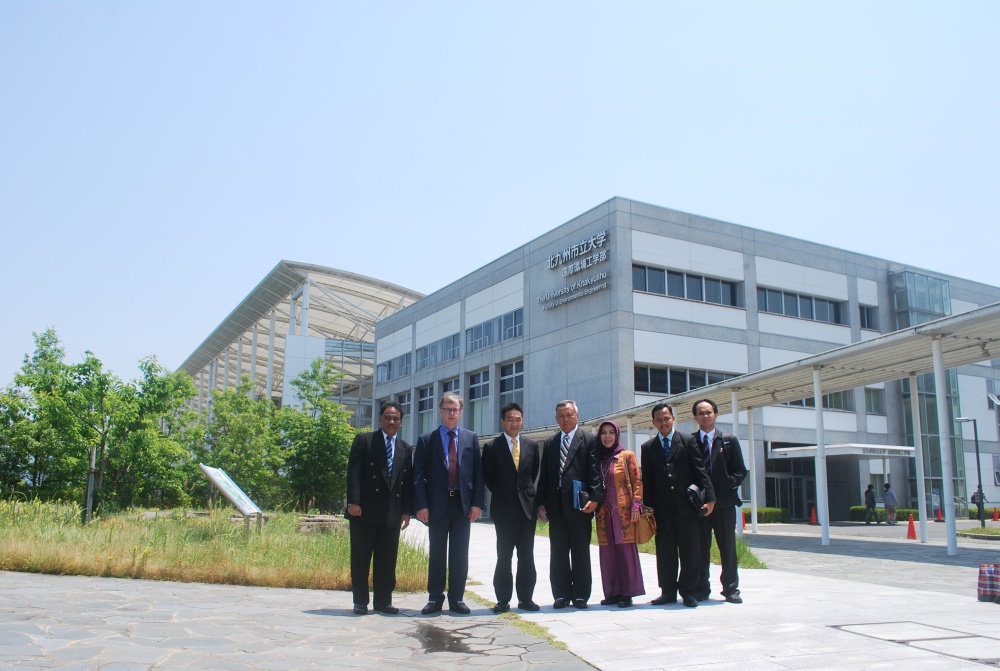 Figure 2. Metro City delegation in front of the Faculty of Environmental Engineering, the University of Kitakyushu

The signing of a Memorandum of Understanding between the Government of Metro City (represented by the Metro Mayor, Lukman Hakim, SH, MM) and Department of Architecture, Faculty of Environmental Engineering, the University of Kitakyushu (represented by Professor Hiroatsu Fukuda). The signing was witnessed by two other professors, namely Professor Weijun Gao and Professor Bart Dewancker.

This MoU is a huge umbrella that will embody the activities of cooperation between the two institutions, especially in the field of sustainable and low carbon city planning, environmental management and protection, natural resource conservation, and urban waste management. This MoU is expected to be the initial step for the  Metro City Government to propose and send some employees to build the capacity and competence, not only through formal education (master/doctoral program), but also through training, workshop, and other academic activities available. One program that has been prepared is the Low Carbon Education program organized by the Asian Institute of Low Carbon Design, which is one of the research centers at the University of Kitakyushu, chaired by Professor Soichiro Kuroki. 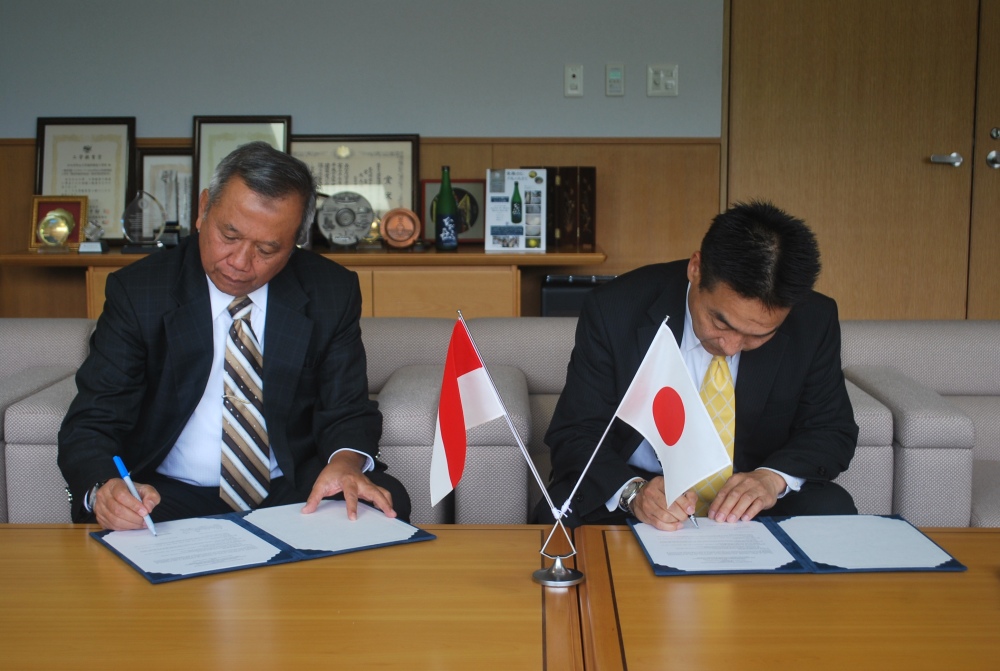 Figure 3. The MoU Signing between the Metro Mayor, Lukman Hakim with the Head of Department of Architecture, Faculty of Environmental Engineering, University of Kitakyushu Professor Hiroatsu Fukuda

Expose of the Environmental Development Program in Metro City

Mayor Metro delivered a presentation about the Environmental Development Program in Metro City – successes, challenges, barriers, future action plans in the presence of the professors and masters and doctoral students Department of Architecture, Faculty of Environmental Engineering, University of Kitakyushu.

There were some of the suggestions and feedbacks from professors and students, such as: the need for development of city forests, regulating logging and replanting trees, regulating the use of ground water resource, settings irrigation and preserving the paddy fields and green open spaces. 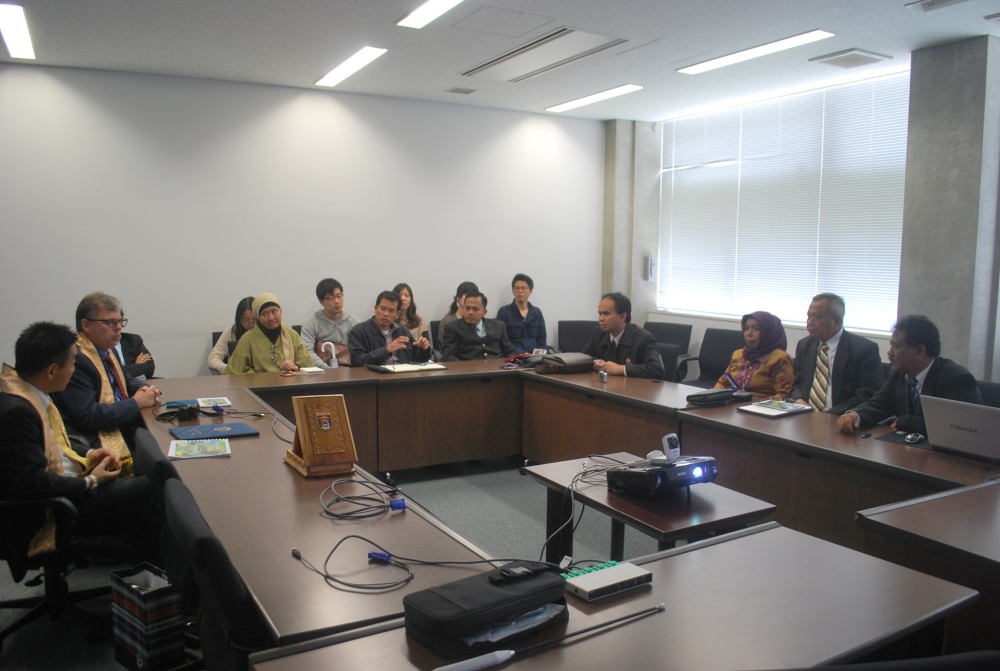 Figure 4. Metro Mayor was giving a presentation about the environmental development in Metro City

Eco-town Hibikinada is one of the pilot areas that have successfully implemented waste management, particularly industrial waste and become the center of the recycling industry and environmental education. In this area, many green energy centers also were developed from renewable energy sources such as wind and solar power. This area is one of 26 pilot areas of Eco-town that the Japanese government has been developed across the country. In this area also a wide range of unused electronic equipments, such as copy machines and even motorized vehicles which have been recycled to raw materials for the automotive industry and other industries. 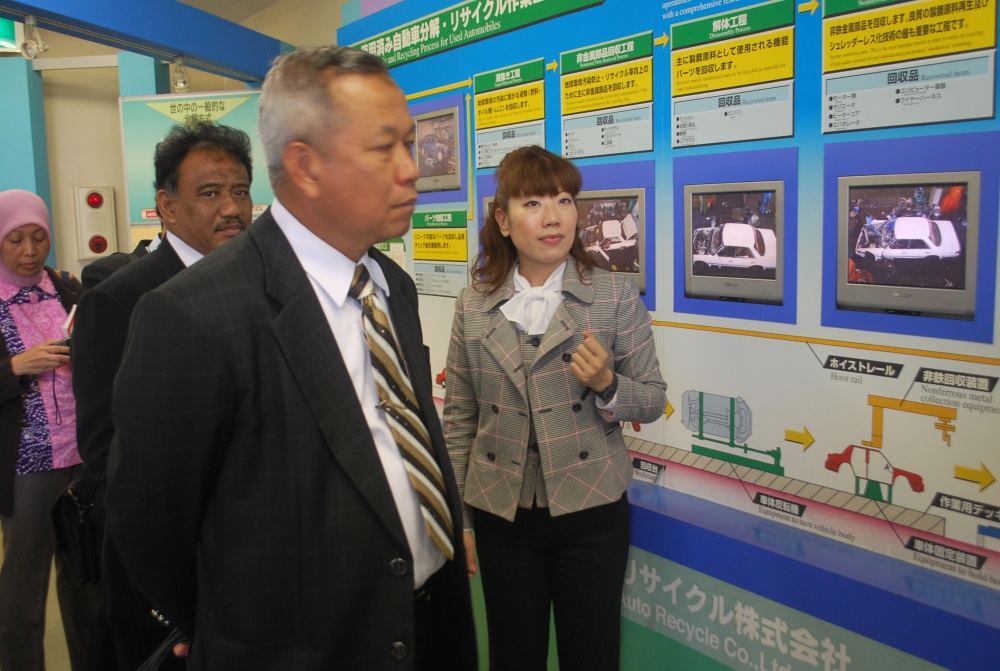 In this place it was held face to face discussion with Koji Takakura, inventor of the Takakura composting method. The Mayor and Takakura-san discussed the materials and methods of making compost which are more effective and efficient in accordance with the type of soil and the crop to be planted. In addition to discussions, Takakura-san also took the Metro delegation around and showed the environmental laboratories and facilities that support research activities, particularly in the field of composting. 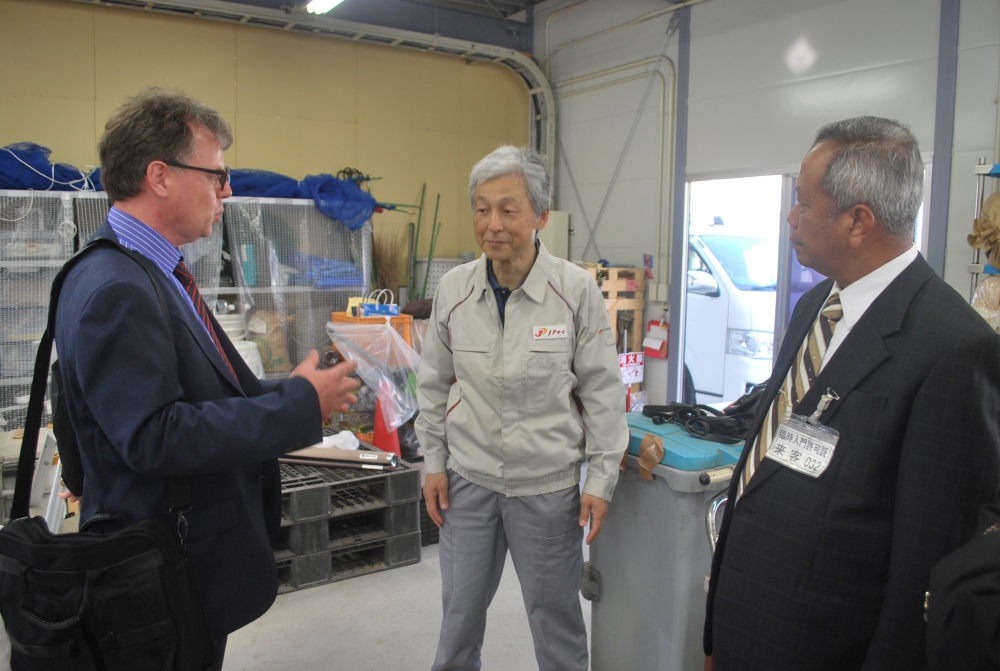 Figure 6. Metro Mayor was discussing with the inventor of the Takakura Composting method

Kitakyushu Asian Center for Low Carbon Society, represented by Kengo Ishida (Secretary General) and Takayuki Yamashita (Bussiness Support Manager) discussed with the Metro City government delegation about the efforts that have been undertaken by the City of Kitakyushu in realizing the city with low carbon emission, one way was by improving the quality of the manufacturing process, the quality of equipment, management of emission and waste water. Representatives of the Asian Center for Low Carbon Society on this occasion invited the Metro City representatives to participate at the seminar on composting to be held in Medan in July of 2014. 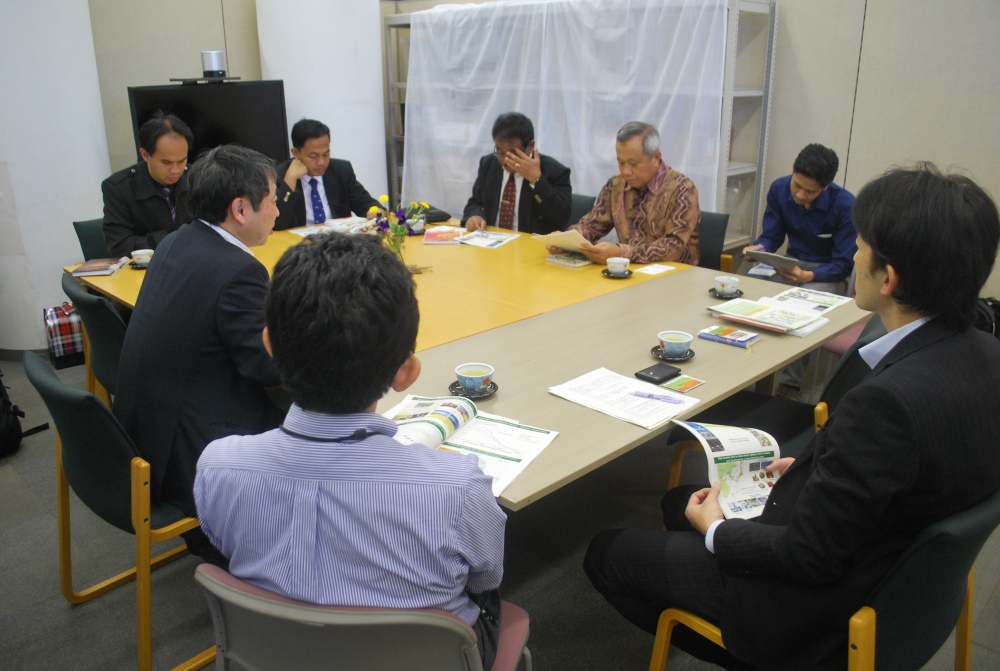 Figure 7. The discussion between the Mayor Metro with Kitakyushu Asian Center for Low Carbon Society

IGES Kitakyushu Urban Center, represented by Dr. Toshizo Maeda, Simon Gilby, Masahiro Nakamura, Huang Jian, discussed several possible cooperations to be established between the Government of Japan and the Government of Metro City in terms of the environmental development. Besides being able to use the framework of sister city with several cities that have similar size, topography and demographics as well as relatively similar problem, the City Metro is also advised to try the grass root schemes or voluntary program organized by the JICA program and to become a member of one of the cities organizations in the world, such as Citynet, ICLEI and others. 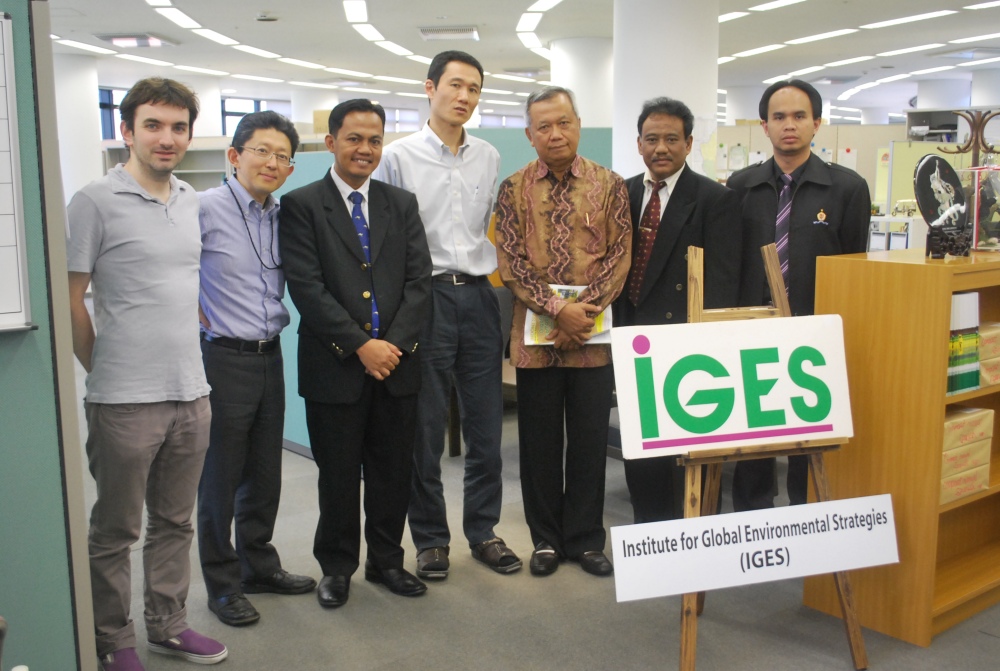 Figure 8. The meeting and discussion between the Metro Mayor and Institute for Global Environmental Strategies (IGES) Kitakyushu Urban Center

Visit and meeting with the Environment Bureau City of Kitakyushu

Environment Bureau, City of Kitakyushu, represented by Matsuoka Toshikazu (Chief Executive) and Seiko Kubo (Director of International Environmental Strategies Division) discussed the roles and responsibilities of the Environment Bureau City of Kitakyushu in the environmental management and protection in Kitakyushu City. One of the main capital is strong cooperation between the government and society. In addition to discussions, it was also demonstrated the supporting infrastructure in real-time activity monitoring and early warning system of the industrial emission. 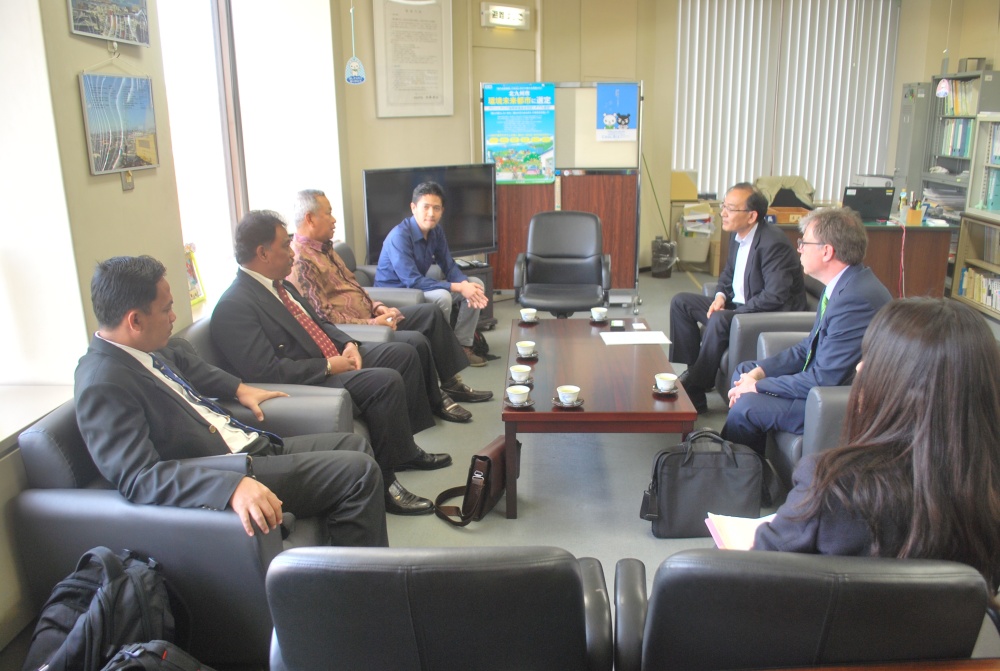 Figure 9. The meeting and discussion between the Metro Mayor and Environment Bureau, City of Kitakyushu 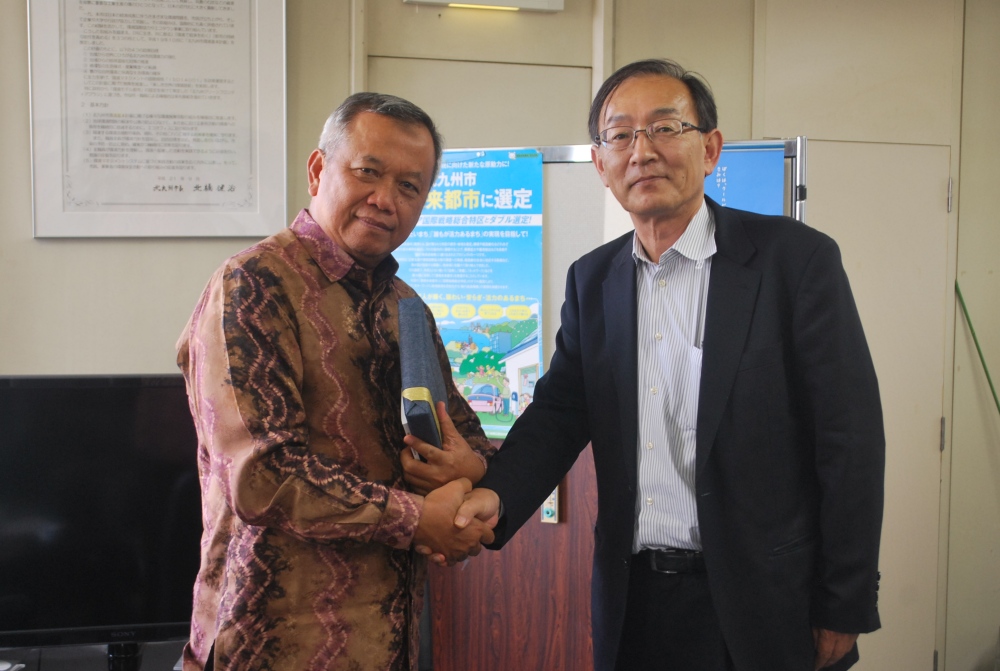 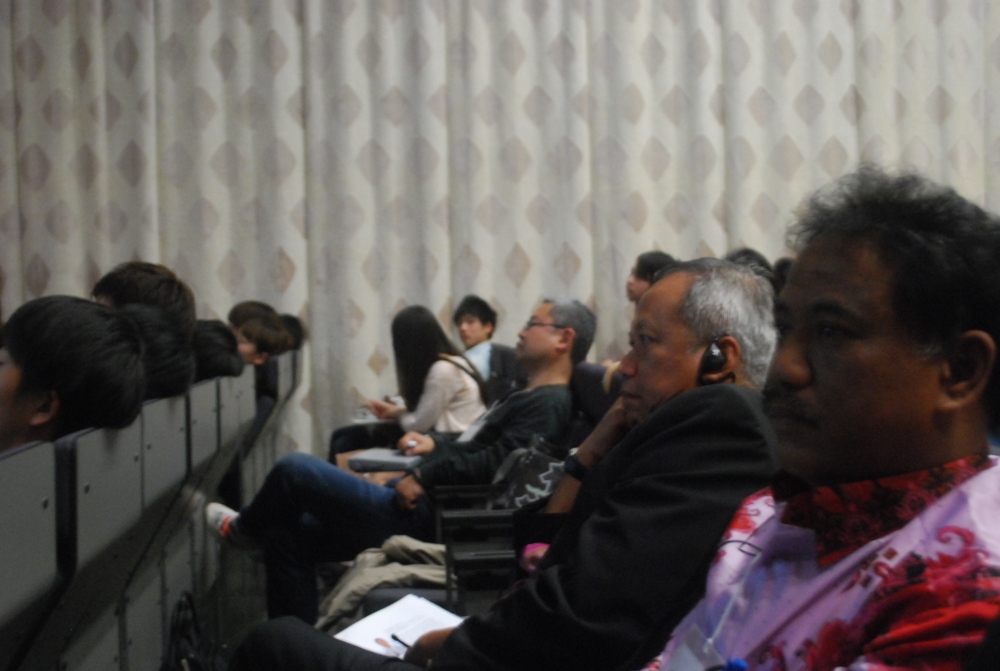 Figure 8. Metro Mayor was the 2nd Higashida Conference on Sustainability

Hopefully what has been taken by the Metro City Government is a very important first step, in addition to enhance and strengthen global cooperation with various parties in the future, also be a trigger and a driver, new ammunition for the government of Metro City to continue to create and perform various new breakthroughs for the protection and management of environment in Metro City, in order to achieve sustainable and environmentally-friendly development as well as a pioneer and an example for other cities, particularly in Lampung Province.

View all posts by fritztory